Rob Crocker, Sheila Anderson and Nicole Sweeney discuss highlights of the past year.

"Michael Franks just has a sound and an energy about him that I always feel like I'm just relaxing no matter what I'm doing when Michael Franks comes on."

"I've never been to Paris before, but every time I play this album, I'm right there looking at the Eiffel Tower. It's a lot of fun because you feel like you're right there in the front row."

"Hello Like Before" by José James from Lean On Me

"When it comes to artists redoing and paying tribute to another artist, especially vocalists, sometimes it can be a little hit or miss. Well José James hit this one out of the park. He really touched the spirit of Bill Withers."

"This year there were a lot of living legends making noise and letting us know that they're still here, and Kenny Barron is one of them. To hear him bring out something new just made my soul smile."

"Circles on Black" by Josh Lawrence from Contrast

"It's got some really wonderful tunes, a fantastic band. The music is smokin'."

"Whenever I choose this CD I get upset because there are so many great songs."

"He's got some pretty hip tunes, some great jazz classics. He's got Frank Sinatra's 'Strangers in the Night,' and he's got something from Major Harris."

"Jeanine" by Allan Harris from The Genius of Eddie Jefferson

"It's very, very hard, I think to do tribute albums to espcially singers, because Eddie Jefferson is the grandfather of vocalese. And Allan did a great job with 'Jeanine.' The way he's arranged that song just gives it a hipness and a freshness."

"Garden of Sorrow" by Eric Reed from A Light in Darkness

"My favorite track is an original tune of his, and it's a song that he wrote with Donny Hathaway in mind. It's just a powerful song that actually moves me to tears, and I just feel that he captured the spirit of Donny Hathaway." 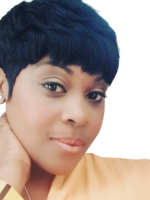 Nicole Sweeney
Nicole Sweeney is a Queens-born, Long Island-raised music lover. Growing up in New York with West Indian parents, she was surrounded by all types of music every day and the influence of jazz was constant.
See stories by Nicole Sweeney

Sheila Anderson
Sheila E. Anderson, whose moniker, “Queen of Hang,” is a mover and shaker in the world of art, most notably in jazz. Much focus is placed upon the artists and rightfully so, yet Ms. Anderson is feeding and affecting the scene in myriad ways. She has always taken on the challenges of creating opportunities for herself, developing formats that exist outside the box. In addition to being an on-air-host she is an author, a writer, emcee and moderator. In 1995, she was hired by WBGO, Newark, 88.3FM to host Sunday Morning Harmony, where she now hosts Weekend Jazz After Hours, Salon Sessions and the Sunday Night Music Mix. Ms. Anderson has learned from the musicians whom she spins, "I feel as though radio programming should function much like a live performance. My best shows happen when I am feeling completely free to move with a certain flow and program according to my emotions," Ms. Anderson explains. These are not the words of some novice who just likes jazz music.
See stories by Sheila Anderson 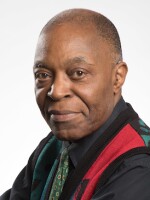 Rob Crocker
Rob Crocker is a Brooklyn born high school musician whose career took a turn towards broadcasting when injuries, sustained in Vietnam, cut short his future as a performer. He started his broadcasting career as a programmer in Europe; Rob co-hosted the Holland based show "Sad Eyed Lady of the Lowlands", by Radio Free America.
See stories by Rob Crocker
Jazz E-News Signup
Get the latest from WBGO right to your inbox: music, articles, events, discounts and more.