Since arriving in New York from his native Philadelphia in 2006, Chris Beck has made a name for himself as one of today’s premier drummers, traveling the world and working with artists as diverse as Cyrus Chestnut, Oliver Lake, Martha Reeves and the Vandellas, Wynton Marsalis, Rufus Reid and Macy Gray. With his debut release, The Journey, Beck has given us a recording that honestly expresses his emotions and his respect for the straight-ahead jazz tradition.

For this session, Chris surrounded himself with some of his best friends: tenor saxophonist Stacy Dillard, trumpeter Terell Stafford, pianist Anthony Wonsey and bassist Eric Wheeler. Their camaraderie is immediately evident on the first tune, a driving rendition of Wayne Shorter’s composition "Mahjong." As the tune fades out, you find yourself wanting more — and Chris Beck delivers, filling the album with his own melodic and gospel-tinged compositions interspersed with other jazz standards, including Freddie Hubbard’s "Birdlike" and Quincy Jones’ "The Quintessence."

Chris is obviously a spiritual person, and his faith has sustained him in the face of tragedy — the loss of his son Aiden just weeks before his second birthday. The composition “Waiting for Aiden” is dedicated to his firstborn. Beck also reveals his talent as a vocalist on Eric Clapton’s “Tears in Heaven,” dedicated, as Chris says, to “every grieving parent who is living with a piece of their heart missing.”

The Journey — produced by his teacher and mentor, master drummer Michael Carvin — establishes Chris Beck as a leader with a personal vision, and as one of the most important voices of his generation.

Chris and his band journey to Smalls Jazz Club in New York on May 17 to celebrate the album's release. 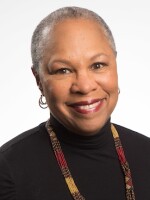 Rhonda Hamilton
One of Rhonda’s cherished childhood memories is waking up on Saturday mornings to the sounds of Duke Ellington, Dinah Washington, Nat King Cole and other jazz greats as her father played his favorite records. By the time she was a teenager, she began amassing her own collection.
See stories by Rhonda Hamilton
Jazz E-News Signup
Get the latest from WBGO right to your inbox: music, articles, events, discounts and more.