Still Doing It: A Letter from Bob Porter, Host of Saturday Morning Function & Portraits in Blue

This week I begin my 42nd year at WBGO; I’m the last of the original announcers. For those of you who weren’t around in 1979 (and even those who were), I thought I’d return to those “thrilling days of yesteryear” and give you a feel for what it was like.

I first heard of WBGO before it existed. I was researching something or other at the Institute of Jazz Studies at Rutgers when its director, Dan Morgenstern, introduced me to Al Pryor, who was talking about starting an all-jazz radio station. I listened to what he had to say but didn’t pay it much mind. A jazz station in Newark?

A couple of months later I saw Al — WBGO’s first program director — at the IJS again. He said that plans were moving forward and asked if I’d consider doing a show. At that point, I was still producing records, writing liner notes and working at Savoy Records to assemble reissues. I had never given much thought to doing radio. I had no formal training.

But I auditioned and Al liked what he heard. I started in April 1979 doing a two-hour show on Wednesday afternoons. Jazz was going through one of its down times, and I would play records that were then out-of-print. The show was called “Rare But Well Done.” I was serving only as a volunteer. The first song I played was Count Basie and Joe Williams’ “Every Day I Have the Blues.” My theme song was Houston Person’s “Goodness.”

Shortly thereafter, I met with Al and WBGO’s founder, Bob Ottenhoff. They asked me to do a full-time show. I knew that the Savoy job had almost run its course and agreed to do a show from 10 a.m. to 1 p.m. on Saturdays and Sundays. WBGO agreed to start paying me when the Savoy job was over. This was “The Weekend Warrior.” I had two theme songs: Cal Collins’ “Blues on My Mind” was the opener and Rusty Bryant’s “Rusty Rides Again” was the signoff.

At the time, everything, including our offices, was on the second floor of 54 Park Place. The master control room was the former Xerox room of the Newark Board of Education. It was next to the men’s room. There was a big sign that read “DO NOT FLUSH WHILE THE MIC IS ON,” but it happened quite regularly.

In 1981, Al asked if anyone had any ideas for a show that could be syndicated through NPR. I came up with “Portraits in Blue.” Described as a “weekly look at the great artists and entertainers of American black music,” it was the first blues program on WBGO. The theme song was “Bolo Blues” by Jimmy Forrest. While the show is no longer in syndication, it is still going strong and like everything else on WBGO, it is streamed around the world.

One thing that hasn’t changed over the years is fundraising. In the early days, it was difficult but gratifying to find that listeners would support the music. When WRVR changed its format, I had 115 calls in one fundraising hour. While that’s nothing compared with the number of calls that Felix Hernandez gets today, it was a big deal at the time. Everyone at the station began to think that a jazz format would work in the long run, and that WBGO could around for a while.

Forty-one years later, we are still here, still doing it. 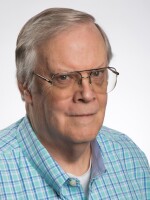