Winter Jazzfest is back and on a mission

Back when he was a college sophomore working on the concert committee at Northwestern University, a young Brice Rosenbloom was asked to fill-in as the spotlight operator up in the rafters of a basketball arena for a Duran Duran concert. He had no idea that it would be the start of a lifetime spent putting the spotlight on talent. With a decades-long career as a music curator and concert promoter, that is exactly what Brice has done.

In 2005 Rosenbloom launched the NYC Winter Jazzfest as a one night event to give exposure to underserved jazz artists. The festival has grown since then, becoming what has been called “the city’s most renowned jazz festival.” But like so many gatherings, it was affected by the pandemic and pivoted to online only in 2021 and 2022.

Last year was shaping up for a triumphant return when Omicron hit and Winter Jazzfest went all remote once again. But this year Brice says that won’t happen.

“We’re confident we’re not going to be in that same position this year,” he says. “I think ultimately people are excited [to be] coming back after two years of not having a festival.”

Excited, yes. Cautiously optimistic also. This year’s offering is slightly more contained than the last time. “We didn’t want to be overly ambitious,” says Rosenbloom. Instead of lasting eleven days and showcasing 172 groups, as it did in 2020, the festival will last seven days and present nearly 80 groups.

While this year’s edition is a bit smaller than it was in 2020, it boasts one significant change. The festival is known for its Marathon nights, where one ticket can get you into many shows. This year, the marathon is taking place in both Manhattan (Friday, January 13) and in Brooklyn (Saturday, January 14).

“If you’re coming in from out of town, we realized this was a great opportunity to give people an easy excuse to come to Brooklyn,” says Rosenbloom.

Despite such an expansive lineup, Brice says it can still be a huge challenge to curate an event like this. There are a lot of factors to consider, including equity and social justice.

“We began making an effort to spotlight artists who were including messages of social justice or racial justice,” he explains. “It has grown through the years and we really made an intentional focus on jazz and gender.”

But, as Rosenbloom tells me, at the heart of the festival is the music and he’s focused on supporting “artists that value improvised music and artists that are furthering the growth of Black American Music… The other great mission of our festival is encouraging discovery. ”

As he sees it, that is a mission that is particularly important today. Not only because of the Pandemic that kept his audience from attending in person for two years, but also because “around the world there are so many things that are trying to divide us [and] this is a natural way to make a statement that we’re all coming together.”

And there’s a little something in it for Brice personally too. “I feel elation every time I’m in a room where everyone’s enjoying the music. That’s maybe a bit of an addiction.”

Winter Jazzfest takes place January 12-18. For more information and to get your marathon tickets, visit here. 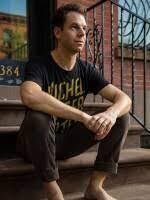