Jeff Beal knows how to set the mood. The trumpeter is the composer of many of our favorite films and television shows, including House of Cards, Ugly Betty, Monk and The Newsroom. His latest project, Raymond & Ray, the Apple TV+ film starring Ethan Hawke and Ewan McGregor, is a sonic masterpiece that complements a breathing narrative. The film (written and directed by Rodrigo García and produced by Alfonso Cuarón) portrays Hawke as a jazz trumpet player and recovering addict attending the funeral of his estranged father. Beal's score winds in and out throughout the film creating a seamless experience for audiences. I sat down with Beal to discuss this project, his creative process, spirituality, and of course his love for jazz.

Jamara Wakefield: You are a veteran in this area of composition, especially thinking about how music syncs and tells stories alongside and in conversation with the visual, can you talk to us about your creative storytelling process?

Jeff Beal: Well, it's really great to be back at a jazz station because this is where my musical journey started as a jazz trumpet player. There was an interesting thing that happened when I started making films in my late twenties. As a young guy growing up in Northern California, up to that point I'd studied music-- classical and but I'd played a lot of jazz. I look at being a film composer as very much like being a jazz musician in the sense that it's all about listening to what's happening in the room and responding to everybody.

So I guess it has to be personal, that's kind of my process. It's almost like the way a method actor work

It sounds like you find your way into the characters through their humanity. Which I imagine is a slightly humbling process, right?

Totally. People probably know me best for my music from House of Cards. That's a great example of a character, both Kevin Spacey and Robin Wright's characters were just these despicable politicians. I think even with characters like this, there's something fascinating in the sense that the villains are always going into those darker parts of the human experience. It seems to be a fascinating place. I think part of the reason is that within drama we find catharsis. In confronting the scary truths of the world outside the US and ultimately. Maybe something inside of ourselves as well, and I guess that's the humbling part that you were referring to.

You know you've done it all. Is there anything left?

I like being challenged. I don't like being comfortable. I love being artistically scared and challenged. After many decades of really being really happy writing for the screen, I've really sort of pivoted back to concert music. I've been playing a little more trumpet which is really fun. I still love to play and it gives me a lot of joy and it's great to come back to that. I definitely have some of my longer-term goals now are actually to write more concert music. I definitely want to write an opera or two.

This transcript excerpt has been edited for brevity and clarity. 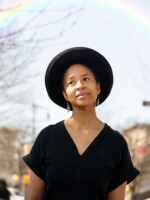