Irma Thomas reflects on her soulful career, with Felix Hernandez of Rhythm Revue

Irma: My Life in Music is a 90-minute documentary airing on PBS stations this month. Its glorious subject — Irma Thomas, "The Soul Queen of New Orleans" — recently joined Felix Hernandez, the host of Rhythm Revue, for a lively conversation.

New Orleans is linked with many joys and sorrows. Even in the aftermath of the devastation brought on by Hurricane Katrina, the city managed to reclaim its joy. The Crescent City's musical, architectural and culinary legacies are world-renowned. Mardi Gras and Jazzfest are among the city's great annual attractions.

Years before the storm, I put New Orleans high on my list of places to visit when I toured the country interviewing R&B artists. It was 1984, and at the top of the target list for New Orleans artists was singer Irma Thomas.

Having been raised in Philadelphia, not much of Irma's music made it to local radio. I discovered her at a record shop. On display one day at the local Sam Goody was an album of songs compiled from the Minit label, among which were four of Irma's early recordings, including "Ruler of My Heart." I bought the album on a whim and instantly fell in love with the husky voice. I sought out her other records, which was no easy feat in the 1970s.

By the time I met and interviewed Irma in her New Orleans home in 1984, I thought I had found all of her recordings, but I was informed that there were many more to be found. I recall sitting with Irma and members of her family on the floor around a table in the living room — tape rolling, microphone on its stand — discussing her career, the city's legacy, food, even some (off-the-record) gossip about a few local musicians. I felt the interview was one of the best of the hundreds I'd collected that year and the next.

Almost 40 years later, WBGO gave me an opportunity to reconnect with Irma Thomas. The setting for this interview was quite different than the first. Rather than being gathered in a warm room, we were linked by modern virus-proof computer software. I could see Irma but, because my old desktop isn't equipped with a camera, she couldn't see me. Despite the obstacles, it was a great joy to speak with her again. (I wasn't surprised that, in response to my first question, Irma didn't remember the 1984 interview. Many years had passed and she had given many more interviews than I'd conducted.)

I hope you enjoy this informal chat with an old friend and one of New Orleans' — and the world's — best-loved singers. 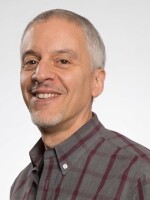 Felix Hernandez
Felix Hernandez started his career as a producer and radio journalist while in college. In the 1980’s, Felix independently produced the award-winning radio series BluesStage, which had a 6 year run on over 200 NPR stations. He also worked extensively as a journalist with WBEZ in Chicago, and NPR.
See stories by Felix Hernandez
Jazz E-News Signup
Get the latest from WBGO right to your inbox: music, articles, events, discounts and more.