Saxophonist Boney James recently released his latest album, Detour, a stylistic turn that builds on the commercial success of 2020’s Solid, and features a special guest appearance by Lalah Hathaway. “The urge to write again came from the joy of being back on the road, performing in front of live audiences,” explains James. “I had shut down creatively when the pandemic hit. It was the disruptive and disorienting detour we all took when the world locked down, and that’s reflected in the more experimental directions some of the new music takes. The thing about a detour, you may take a different route, but you still get to your destination.”

From Monday, Nov. 14 through Friday, Nov. 18, one cut from the Detour album will be featured each morning on the New Day, New Play spotlight on the Daybreak show, hosted by Gary Walker.

Listen to a preview of the title track from Detour, above.

James talked with WBGO’s Pat Prescott about the album and why a detour felt like the right direction for him and his music. She even got the story behind why he always wears a hat when performing.

Pat Prescott:  It’s funny to see you without your hat because it really is your signature. When you think about it, the naturally curly hair is too, but I kinda love that uniform that you do. You're like “The Man in Black.” Everything about you says,” Cool.” I think that's your persona. I think that's your musical style too. Did you think about that much? Was that something that you planned out or did it just kind of evolve?

Boney James: It just evolved. If you look at pictures of me throughout my career, there were other eras that I was in prior to this one, and sometimes to look at the stuff that I used to wear back in the ‘90s and I think, “Wow, what was I thinking?” But at a certain point, I put the hat on just at a jazz festival one day because the wind was blowing around and my hair was even longer than this. It was going in my mouth. I found a hat to put on and right away the audience, people were coming up to me saying, “You look cool in a hat.” So I thought, “Alright, well I will take that positive feedback.” And I started wearing hats around. And I had a stylist for a record shoot once who put me in a suit and I thought, “Oh, that looks good too.” So I just kind of realized what my best look was, and now it very much simplifies my life. If I can get a stylish black suit and a cool t-shirt, all of a sudden my persona goes on. It is a little bit, like you say, a costume. I often say, “I'm gonna go put my Boney James costume on and it’s like a superhero. I develop these powers. You know, that guy that's on stage is not entirely the same as the guy that's walking around town.

The pandemic has really changed the way that we live and the way that we work radically. And I think that we learn that we could successfully do many things in new ways. Describe the process of creating the Detour album and the pros and cons of recording the way that you did it.

Well, strangely enough, I have been doing a lot of remote recording with collaborators for many years. But this particular CD, I've got Lalah Hathaway on the record, which is a tremendous thing. For the first time in many years, she came over to my place and we were in the same room together when we were working together, which has not been the case for so many of the collaborations I've done over the last few years. So, in spite of the virtual world that we're in, there was some more interaction on this record than there had been in the past.

Well, of course, live concerts are the main thing. Just being able to go out on the road. Really that is my favorite thing to do after all these years. When I get to go out and play with my band live in front of people, that's the most wonderful thing. Making records I can do by myself and, and it could have gone, you know, on doing that virtually…having people just sending people files and getting files back. It's completely doable that way. But when you're playing music in a communal setting, that's just an indescribable feeling. 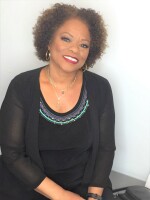 Pat Prescott
Pat Prescott is a native of Hampton Virginia and a graduate of Northwestern University. After 5 years teaching middle school, she started her radio career in New Orleans, Louisiana at WYLD-FM. After a brief stint at New Orleans legendary rock station WNOE, she moved to New York to host the midday show at former heritage jazz station WRVR. During her 23 years on New York radio, Pat worked at WBLS, WLIB, The National Black News Network and contemporary jazz station CD 101.9.
See stories by Pat Prescott
Jazz E-News Signup
Get the latest from WBGO right to your inbox: music, articles, events, discounts and more.