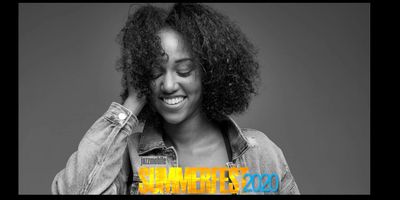 Jazzmobile SUMMERFEST2020 launched on August 8, and over 3,000 viewers tuned in for Great Jazz on the Great Hill presented in partnership with the Central Park Conservancy. Recorded LIVE in Central Park, Alyson Williams, the George Gee Swing Band and Jeremy Pelt gave the first live performance in Central Park since the March 15 “Pause” in New York City. GJGH was the first of 16 premieres (presenting over 100 artists) and began the 56th season of New York City’s longest running jazz festival, SUMMERFEST, demonstrating that the festival and Jazzmobile are going strong! Thousands enjoyed performances by straight-ahead, swing, blues, salsa, Afro-Latin concerts and more wherever they were, seeing for themselves that Jazzmobile honored its commitment to the community by not cancelling this pioneering festival that remained free, especially during the Pandemic. Now you can watch every concert from the comfort of your own home -- all the jazz with no cover charge, no minimum, no reservations needed. Tune in all day, any day at JZM.TV