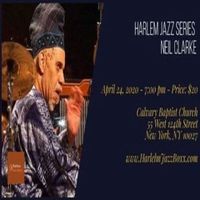 Neil Clarke is a master percussionist internationally acclaimed for his involvement with traditional African drumming and the percussive arts for more than half a century. He performs regularly with and has had long term musical relationships with artists such as: Randy Weston, Harry Belafonte, Dianne Reeves, Miriam Makeba, and many others. Neil Clarke has made it his mission to continue the pioneering work of his mentors and trainers. In addition to his activities as a professional performer, Chief Baba Neil has been active in arts in education programming, conducting artist residencies and designing programming at all educational levels from elementary through college. Chief Baba Neil has also been engaged as a panel presenter and moderator on subjects related to the exploration of the history and historical presence of the African drum in America. He has been cited in several publications on the subject. As an adjunct professor at the City University of New York, Clarke conducts a popular course of his own design on Traditional African Percussion Ensemble performance and theory.